A few weeks back The Industry Observer covered the issues hip hop has around misogyny, invisibility and inclusivity. What the piece overlooks however, is inclusivity for people that fall outside of gender binary; trans people and the LGBTQI+ population’s experience within the music industry.

Consider this a part two to offer some further insight. To do so, Tone Deaf has enlisted the help of the incredible imbi the girl to dive deeper into the issue of inclusivity in the Australian music industry. 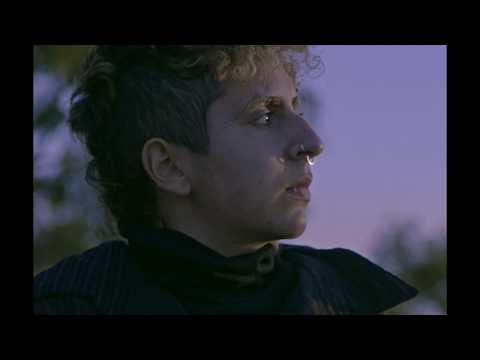 When it comes to artists who are LGBTQI+, trans, non-binary, people of colour and culturally/ linguistically diverse, why do you think Australia hasn’t seen more artists from these backgrounds breakthrough?

Racism mostly. And just a general xenophobia that I hope people are working on in themselves.

Australia is in my eyes an illegitimate country but if we’re seeing it as a country, it was founded on colonisation and whiteness so they’ve become engrained elements in our culture. This then translates into our media, art, business, economy, all facets of Australian culture, and music is no different.

When you look at media outlets and education systems, all of that is so deeply xenophobic.

Do you think the misogyny, homophobia and xenophobia that’s engrained in hip hop/ Australia in general comes from lack of education and willingness to learn and accept new ideas?

It’s such a deeply complex issue. I think it comes from this country being founded on colonialism where marginalised people are naturally pushed to the outskirts. So when you look at media outlets and education systems, all of that is so deeply xenophobic. Our priority at the moment should be getting indigenous people into power and achieving equal life expectancy.

It all comes back to people wanting to understand and embrace difference.

What sort of push backs have you come up against in your career? Have you found it challenging to carve out a place for yourself in this genre and industry?

Yeah! I’m not going to try and dress it up, I think I’m super fortunate to be surrounded by the people that I am. I’ve been really lucky to engage with the majority of people who are relatively on the same level and aware.

That being said, anything I do that’s not a local gig that isn’t supporting a queer artist, anything rural or a major festival, there’s constant misgendering.

A lot of the times I’ll perform and it’s just so obvious that I’m just a place filler and a diversity tick on these line ups. It feels like festivals sometimes are just trying to get a good ratio on that @lineupswithoutmales Instagram account, which shout out to them, they’re awesome; but gender and diversity shouldn’t be the basis of your assessment if you’ve done a good job at billing.

Have you encountered hate either online or in person due to your background?

I think most people are just confused about my background. I’ve received hate on videos where I’ve specifically spoken about gender, but I’m also encouraged by my team to not engage with the comments and not look at them.

I do my best to be a voice and say what I need to say, so whatever peoples responses are, that’s their shit, that’s not my problem.

How do you build yourself back up when you do encounter hate?

One of my biggest sources of strength is my community and being surrounded by people who understand difference.

I do my best to be a voice and say what I need to say, so whatever peoples responses are, that’s their shit, that’s not my problem.

I also just remember that the bits of hate and aggression that I do encounter come from a place of ignorance.

This then leaves me with the dilemma of, “Do I give this person the time of day to try and educate them, or do I just walk away.”

It shouldn’t have to be your problem to solve.

But for some reason it always falls on the marginalised to do the educating. At least until we have cis people speaking on behalf of trans people and correcting others when they misgender.

What was the catalyst for you identifying as gender diverse/gender queer?

My sibling has played a massive role in my gender journey. When they started questioning their gender, they took me along on that journey.

At first I was pretty reluctant to engage but I already identified as queer so there was a deep desire to understand more, but I shut it off. When I started breaking down that barrier I was like, “Maybe the reason I was so reluctant to engage is because that actually strikes a real chord with me.”

The bits of hate and aggression that I do encounter come from a place of ignorance.

How did you push through that?

I started thinking about things and having lots of conversations with them and started going to queer parties and being in queer spaces. The more I did that, the more I recognised that I’ve never felt like a woman.

It’s part of the reason why I’ve had so many issues with my body, issues with like where I fit in society and friendship groups. Also, learning about the fact that gender is socially constructed makes a lot of sense when you start thinking about colonialism and about all those political intersections.

So much of what we based our lives on in society is socially constructed. So why do I need to fit into those categories? 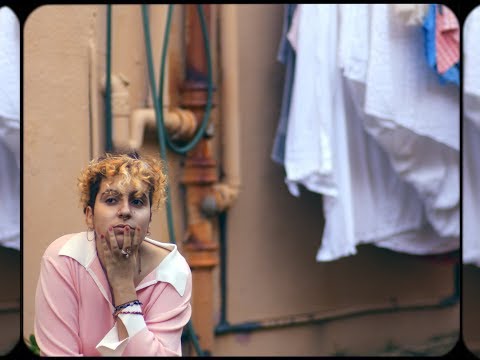 Do you feel overlooked/inconvenient at times in the industry?

One hundred percent! It’s so uncomfortable to educate people. I’m super hesitant these days to even be vocal about my needs as a gender queer person.

Something so basic as my pronouns has become a big huddle and has been really hard for me recently to call people out on. The reaction you’re met with is either a sigh or a, “Oh I’m so sorry.”

Don’t say sorry, because then I have to tell you that it’s fine. Say thank you so I can tell that you’ve acknowledged that this is important and that you’re going to do better.

I do definitely find myself trying to be quieter and smaller in spaces though because I don’t want to become that social justice warrior.

Don’t say sorry, because then I have to tell you that it’s fine.

Do you get disheartened by the progress or lack thereof?

I actually had to reroute my thought patterns. I got really depressed for a couple of months and only recently have I managed to pull myself out of that. And that’s not just gender, that’s not just racism, it’s just general existence.

There’s so much going on in the world that is so deeply flawed and so deeply toxic just within the basis of our society, let alone the intersections of any minority.

There’s just so much work to be done and the people who are oppressed keep being put in these positions where they have to be on the front line.

Ideally, we would have people fighting beside us and putting themselves in front of us so that we’re safe in these spaces, but it just doesn’t happen enough.

There’s just so much work to be done and the people who are oppressed keep being put in these positions where they have to be on the front line.

How can the music industry better support a culture of inclusivity and diversity?

I would say start off with education, start with your event bio expressing that you acknowledge the traditional custodians of this land and that you’re trying to create a safer space for queer, trans and gender diverse people and people of colour.

Making it clear that any inappropriate behaviour will result in you being taken off the premises. It’s not just about voicing your acknowledgement, it’s also about voicing what action you’ll take when these lines are crossed.

In the same way that venues advertise their policies about “no bags and no glass bottles” they should be ensuring that they are advertising these simple things.

Who are some diverse Australian artists in the hip hop space coming through that you really like and should be talked about more?

There’s so many! Rebecca Hatch, Tasman Keith, Miss Blanks, Soju Gang and Slim Set. You can go on triple j Unearthed and you’ll find so many unbelievable up and comers from diverse backgrounds.

If someone reading this is struggling with their identity, what advice would you give them?

First and foremost, take care of yourself. Prioritise yourself and your safety.

If you’re not in a space where you feel safe enough to voice who you are, don’t let that make you feel like you’re failing yourself. You’re not. You’re just being safe and that’s the most we can all do for ourselves.

Aside from that, in those safe spaces, if you find people who you can engage with authentically, do so. Exercise that freedom to be your authentic self.